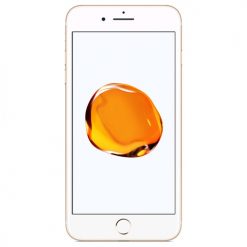 The iPhone 7 128GB further improves the on the previous generation of iPhones. This one boast of best performance and battery life compared to all iPhone models launched earlier. Apple iPhone 7 Price in India-128gb gold boasts of splash and water resistant body, incredible cameras, powerful speakers and great display. Apple has left no important smartphone feature missing in this device.
Design and Display
The Apple iPhone 7 128GB flaunts a 4.7-inch HD Retina display with 750 x 1334 pixels resolution, 326 PPI density and 3D touch feature. Its display uses the same colour space as the digital cinema industry, that renders good quality visuals. The device comes in a fully metal-clad body and also has an IP67 rating for water and dust resistance.
Platform and Performance
The device is powered by Apple A10 Fusion chip, which is claimed to be the most powerful and efficient chipset in any smartphone currently. It has four core design, with two of them being high-performance cores and the other two being high efficient ones. This results in a powerful performance at the lowest power consumption in this device. It also has 2GB of RAM. The smartphone runs on iOS v10.
Camera and Storage
This iPhone comes with a 12MP camera on the back, that has an aperture of f/1.8 along with quad-colour LED flash along with optical image stabilization and back-illuminated sensor. It also packs a 7MP camera on the front with retina flash, back-illuminated sensor (BSI) and has an aperture of f/2.2.For storing your data, the smartphone offers an internal storage space of 128GB which is non-expandable.
Connectivity and Battery
Connectivity options available in this device are 4G, dual-band Wi-Fi, hotspot tethering, Bluetooth v4.2, GPS with A-GPS, Glonass, NFC and USB 2.0. Sensors present in this phone are light, proximity, accelerometer, compass, gyroscope, barometer and a fingerprint sensor positioned on the front. Power required to keep this device running is supplied by 1,960mAh li-ion battery.
Apple iPhone 7 Price in India-128gb gold 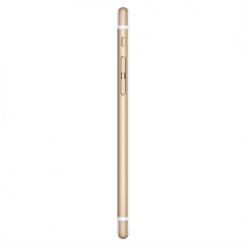